Welcome to the ON-OFF Animated Series

This mini-animated video series was created to explain quickly, easily and with fun the content of the eight (8) educational workshops and learn how to prevent cyber gender-based violence. For this purpose, we create animated characters that explain the usefulness of each topic of the workshops and how it can be applied and implemented. Let’s meet our animated characters!

The characters in this series are fictional and any relation to real persons or life, is purely coincidental.

The proud father of two children and an educator, Antonio realized the importance of his role in shaping his students form perceptions. Seeing the struggle of his son, Claudio, he became a vocal advocate of gender equality and an activist against online GBV in the school community of their town. Together with his family and a handful of his colleagues, he co-starred the movement of their family, by pioneering the Parents Association for Rainbow children, which is now a new work of more than 500 members. He received an award from the school board for this initiative.

A teenager with many worries, she is a professional dancer and has many hobbies. She has been very worried about her brother, seeing him fall victim to the bad behaviors of the boys in the class. She decided to team up with her dad, Antonio and create a campaign to inform and raise awareness about gender identities in children and the damaging effects of online gender-based violence. She wishes to become an engineer. 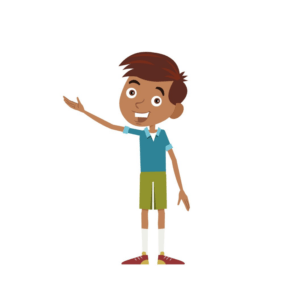 Enjoys both playing football with friends and doing embroidery and handicrafts. Never had any issues with his classmates, until the boys in his class saw him dressed in his sister’s dress and dancing with her. For the last month, he has been the victim of online gender-based violence, after he openly said in the class, that he believes to be gender-fluid. He has received threatening messages and he was kicked out of the football team. He wants to open his own sports club for disadvantaged children when he grows up.

Her name means “filled with light in Arabic” and she brings light to everyone around her. She is a lawyer with high credentials in their town and she is usually very busy in between courts and cases. She is famous for her integrity and lately, she joined the movement of her family, by creating the Parents association for Rainbow children. More than 500 members have already joined it voluntarily. It comprises many professionals and it offers legal counsel and psychological to children affected by online GBV. It is also a space for sharing experiences and getting an education on the topics of gender and online violence.